How worms inspire the prevention and new treatments of asthma

Parasitic worms suppress the human immune system in order to survive. As a side effect this trick also prevents asthma. Dr. Henry McSorley of the University of Dundee (Scotland) tries to use this trick to find solutions for asthma. 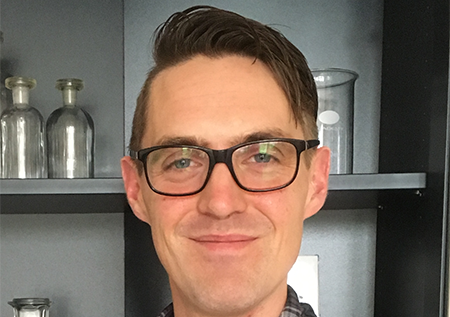 Hookworm is one of the most common intestinal parasitic worms found in humans. Interestingly, research has shown that people with this parasitic worm infection have a lower risk of getting asthma. Therefore, one of the aims of the Asthma Prevention Consortium is to copy this trick and put it to safe use. Henry McSorley is one of the researchers that does that. 'At the start of the consortium we didn't really know a lot about parasitic worms and how their trick works. Now we have learned a huge amount. And personally, I find it very exciting to know that worms could be the inspiration for the prevention and new treatments of asthma.'

One important task of our immune system is to fight intruders like parasitic worms that infect our intestines. But such worms have been around for a long time. And they have developed a trick to survive inside us. The worms release many molecules that put our immune system on standby. As a side effect, children infected with parasitic worms do not experience the overreaction to harmless stimuli such as house dust mites, that can induce asthma.
So, administer worms and prevent asthma. Right? McSorley: 'Unfortunately: no. Because the preventive effect aside, worms are also bad for your health.' Harvest the parasite molecules then and administer them to children? 'That is also not a good idea,' McSorley explains. 'Worms release some 2,000 different molecules. They may trigger negative effects in the body which we haven't learned about yet.' Instead, the research group McSorley leads figures out which of all the parasite molecules are involved in blocking the immune system in humans. And how they do that. 'With this knowledge we can create safe treatments. Like synthesize only the specific part of an effective worm molecule, and administer it in a safe form without side effects.'

With 2,000 molecules, it is a long road, McSorley admits. 'But the prospects are promising.' For instance, by zooming in on the effect of parasitic worms in mice, McSorley's research group identified two worm molecules that blocked an asthmatic response. They found that the molecules, HpARI and HpBARI, do this by blocking an immune peptide called IL33. McSorley: 'IL33 is involved in the communication of the immune system. It can trigger a very strong immune response. And this may be a starting point for treatment.'
This particular project was done with mice. The worms they are infected with are not hookworms but a different species, called H. polygyrus. 'Hookworm does not infect mice,' McSorley explains. 'But H. polygyrus is the closest relative that does.' To assure that the mouse model is realistic, the researchers do meticulous tests. ‘This is important for translating the results to treatments. And to minimize the number of lab animals needed.’ And it is one of the fruits of working together in the consortium, McSorley ads. 'Experts of mouse models and human cultures collaborate closely.'

Recently McSorley and his team started a new, wider approach. They are working to identify and synthesize all of the molecules secreted by the worms. In the lab, they are going to put them together with all human immune molecules involved in allergic reactions like asthma. 'And then we watch: which ones interact? So far, we have tested around 100 molecules involved. And identified some new interactions.'

McSorley is very excited to put the results to use. The release of the 2,000 molecules is time dependant. So possibly specific molecules are released during specific phases of the human immune response. McSorley: 'This information could help us forward enormously in the development of treatments. For instance: some mix of molecules may be suitable for preventing asthma, while other blends may be effective in suppressing inflammation in people who already have asthma.'

McSorley's main drive for this work is his eagerness to find things out. 'I don't think people realise how much fun it is to be a scientist when curiosity is your drive. That's why I like parasitic immunology: it is a relatively new field where big discoveries are still to be made. It is also satisfying for me that the fundamental research we do in the lab, may help to protect children against asthma. And that we are moving closer and closer to this point.'